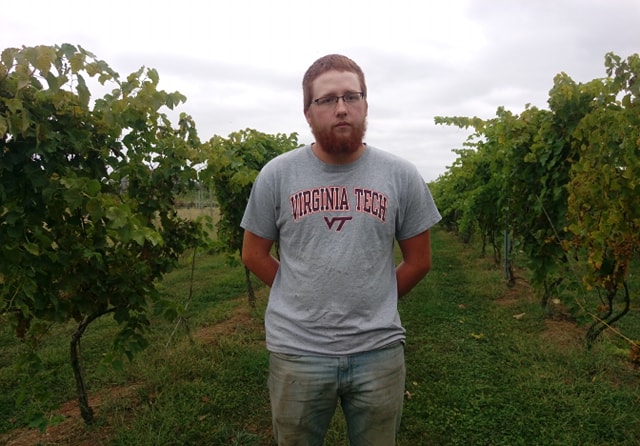 He always wanted to become a farmer. While other kids his age were playing and having fun, he would be taking care of his chickens and learning as much as possible about livestock, a subject that fascinates him like no other. And here he is, more than a decade down the road making his dream of working on a farm come true. Meet Alex Bates, the new Farm Manager of Rapidan River Farm, in Charlottesville and a proud young farmer who believes that agriculture and farming is a solid job with a solid career prospect.

His cap firmly ensconced on his head, dirty jeans, leather shoes and a well-maintained beard, Alex Bates without no shadow of a doubt, does give out some legit farmer vibes. But more than anything his rage to succeed is almost tangible.

“Matt Quitter and Doug Fabbioli really nourished my love for the outdoors and encouraged me to pursue my dreams.”

It all started with the Boys Scouts. Alex Bates says that as a child, he always had a preference for the outdoors. He shares that his biggest influence and inspiration at that time came from his Boys Scout Troop leaders.

“Matt Quitter and Doug Fabbioli really nourished my love for the outdoors and encouraged me to pursue my dreams. They were the Ag leaders that made me want to become a farmer when I grow up. I could not have asked for better mentors and guidance”, explains Alex Bates, his eyes sparkling as he talks about his passion.

He grew up to be a farmer indeed. He shares that he has always loved agriculture and has always had a soft spot for animals. He started raising his own chicken and working on farms as a teenager and this only reinforced his will to be a farmer: “It was hard work. I found jobs on the farms. I would help during harvest or I would mow the lawn. I worked with Doug Fabbioli, he mentored me and gave me the opportunity to learn so much. This helped me a lot. And having had the experience and the exposure, I knew exactly what I was getting into and it only got me more excited”.

“My parents have office jobs. They were not jumping up and down about my decision.”

His parents did not share his excitement at that time. Alex explains that his choice of working in the agriculture and farm industry worried his parents. From time to time, Alex Bates will push his sliding glasses back on his nose, pause and smile, nostalgic, as if he was going down the memory lane in his mind.

“My parents have office jobs. They were not jumping up and down about my decision. They were worried about me not making enough money. They still are. But with my new job and situation, I just hope to prove that like any other job and career, if you work hard and make the right choices, you will succeed. And besides they know that I am happy with what I am doing and it’s important”, shares the confident young farmer.

“It is just an amazing feeling to be able to see the result of your dedication, hard work and perseverance right there in front of you.”

Alex who is now in his early twenties shares that it was not always easy and that he was discouraged many times, but he did not once think about giving up. He remembers that when he had his chicken and he tried to sell the eggs, he realized that it was hard to make much money: “I was selling a dozen eggs for $5 and I was only making $1 on them. It was not really encouraging I would say. And then sometimes the chicken would get sick and I would lose them. But I did not give up. I knew what I wanted to do and I wanted to make it work no matter what. I persevered and thought about it as of experience.”

Agriculture is a lucrative mine if one knows where to dig 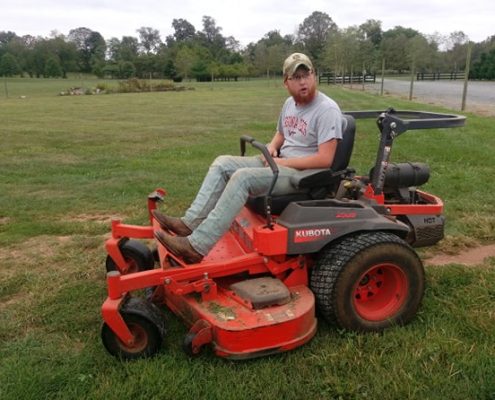 Alex studied at Monroe Technical School, where he studied Horticulture and was later at Virginia Tech where he studied Agriculture and Livestock Management: “I was raising chickens then, as a side business and I was getting more and more interested into working with animals. Between my freshman year and my sophomore year, I would find summer internships. I really liked it. I graduated from Virginia Tech this year and this September I am starting my new job as the Farm Manager at Rapidan River Farm in Charlottesville. The farm has just been bought and with the new owner we will be working together on some great projects. I am so excited for this and excited to be able to work in livestock”.

“My grandfather used to say that once in your life you need a doctor, a lawyer, a policeman and a preacher but every day, three times a day, you need a farmer.”

Why is Alex so passionate about a career in agriculture? “Watching a seed, you planted grow”, he says, “This is why I like and chose Agriculture as my career path. Alex Bates did not have to think twice before replying to this question. He continues, “You cannot go wrong. You literally reap what you sow. It is just an amazing feeling to be able to see the result of your dedication, hard work and perseverance right there in front of you. When I see a seed, I planted grow, it just fills me with hope, pride and motivation. It is a feeling and a sense of accomplishment I cannot get from doing anything else. This is why I love Agriculture”.

Brenda Schoepp who was raised in a family of farmers and who later became an inspirational speaker said: “My grandfather used to say that once in your life you need a doctor, a lawyer, a policeman and a preacher but every day, three times a day, you need a farmer.”

Empowering people to grow food, protect the environment and the land, not only consolidates trade but also secures financial independence for themselves, their families and their communities. It is important to revive that interest for Agriculture and the connection to the land, just like it once was and it is also our duty to stop broadcasting that image of the poor farmer toiling night and day for peanuts, because it is so far from the truth. We should instead teach our children that Agriculture is a gold mine if one knows where to dig. It is so vast that it offers career prospects from the field to the laboratories. Farmers have the responsibility to feed the world and that only makes it more than a noble job.

Alex’s love for Agriculture not only is inspiring but highly contagious. Alex Bates is that new generation of farmers who is restoring Agriculture’s image and giving it back it’s long lost value that will make the kids say “When I grow up, I want to be a farmer”.

“The New Ag School has had many different success stories and Alex is definitely one of them.”– Doug Fabbioli

Doug Fabbioli, one of Alex’s mentors who has watched him grow attributes his success to his hard work, dedication and passion: “I have employed him and mentored him and I have also connected him with people where he could have the opportunity to develop his skills and knowledge. The New Ag School has had many different success stories and Alex is definitely one of them. Alex’s success has many roots and he is a great example of our youth program’s efficiency. By starting early, he will have a lifetime of success in the agriculture industry and will continue improving his leadership skills in his new venture”. 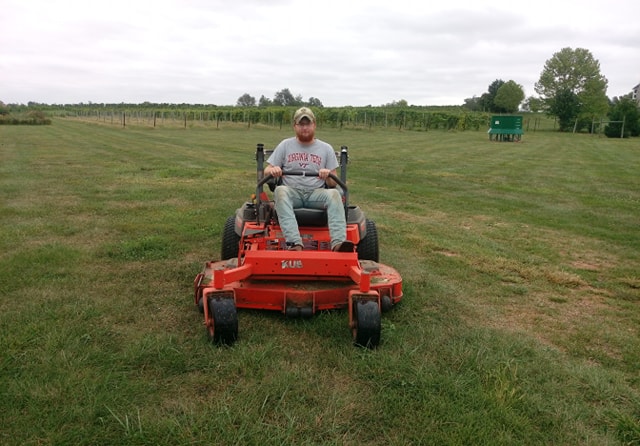 Saturday on The Farm